As western markets face uncertain times, China has become the setting of the new luxury gold rush. Identifying a China strategy is now a priority for many international luxury retailers, enticed by the size of the market and its thirst for aspirational, quality products – a combination that seems like a sure thing for boosting revenues.

Indeed, demand for premium goods among Chinese consumers – particularly for fashion and accessories – is huge: according to McKinsey, the country was responsible for more than half the global growth in luxury spending between 2012 – 2018. By 2025, this is expected to reach 65%.

European fashion houses have been big beneficiaries of this growth. LVMH announced record 2018 sales, due in part to the continued appetite for luxury among Chinese consumers, while Kering’s Finance Director described sales from the region as “very dynamic” during Q4 of last year.

However, dark clouds are on the horizon. As well as a slowdown in China’s economy – the long-term impact of which remains unclear – purchase behaviour among luxury consumers is changing, with fewer transactions being made in Paris, London or New York, and more at home. Bain reported that purchases in Mainland China grew at twice the rate of spending abroad between 2015 – 2018.

With ecommerce accounting for some of this switch, it is important that western brands understand the preferences of their Chinese clients, and tailor their products and customer experience to match.

One adjustment western brands must make is abandoning the idea that Chinese consumers are satisfied with out-of-the-box products. Younger customers in particular are demanding unique items that communicate a sense of individuality and authenticity, something best addressed by offering customisation services. 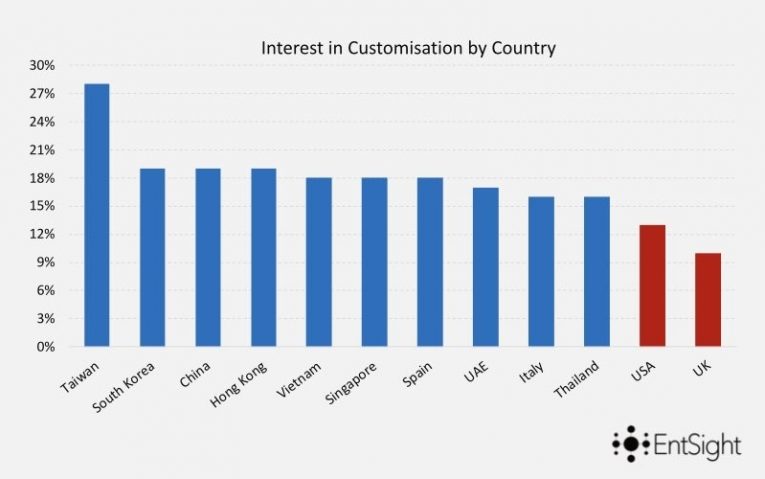 GlobalWebIndex data reveals that this is a common ask across Asia. Taiwan, South Korea, Hong Kong, Vietnam, Singapore and Thailand all feature alongside China in the top 10 countries globally for interest in personalisation. By contrast, only 10% of consumers in the UK want brands to offer this, compared to 19% in China.

Leather goods retailers have been most successful at introducing personalisation in the region. Louis Vuitton’s Hot Stamping programme, for example, allows customers to imprint their monogram on small leather items for no extra charge, while those shopping at Bottega Veneta can have a monogram painted on leather accessories. Techniques like appliqué and embroidery are also seeing usage, with Dior’s ABCDior service giving consumers the option to embroider their initials on totes and sneakers.

This also appeals to the resurgent interest in craftsmanship in China, something the country was celebrated for before attracting a reputation for cheap production. Giving consumers the power to uniquely customise their clothing and accessories using artisan techniques is a way of referencing this cultural history.

More critically, these services help cement the quality and prestige of brands offering them: according to a 2014 Mintel report, ‘Craftsmanship’ was identified by urban Chinese as the word that best defined luxury. 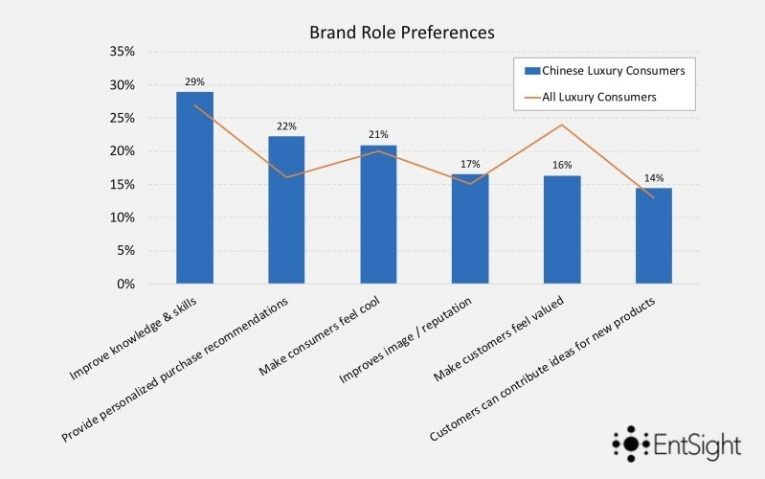 In fact, Alibaba saw revenue growth of 51% during Q1 of this year, driven by this exact kind of online functionality. Taobao, Alibaba’s main shopping app, rolled out its ‘Super Recommendations’ ad tech in 2018, allowing store owners to use graphics, text and short videos to promote products on personalised recommendation feeds.

The company went one step further for Singles’ Day in 2017 and installed FashionAI, fashion assistants that act like personal stylists, in its brick and mortar stores. These used customer purchase data to enhance the offline shopping experience.

Indeed, facilitating a good customer experience, both online and offline, is vital. Western brands must make strides to ensure their webstores and presences on social networking & commerce apps like WeChat are fit for purpose, particularly now that Chinese consumers are incentivised to shop online. Reduced import duties on clothing alongside laws restricting daigou – a grey market in which overseas personal shoppers ship luxury goods to Chinese consumers, side-stepping tax – encourages ecommerce, and for consumers to buy from legitimate sources, such as owned brand channels.

A Face That Fits 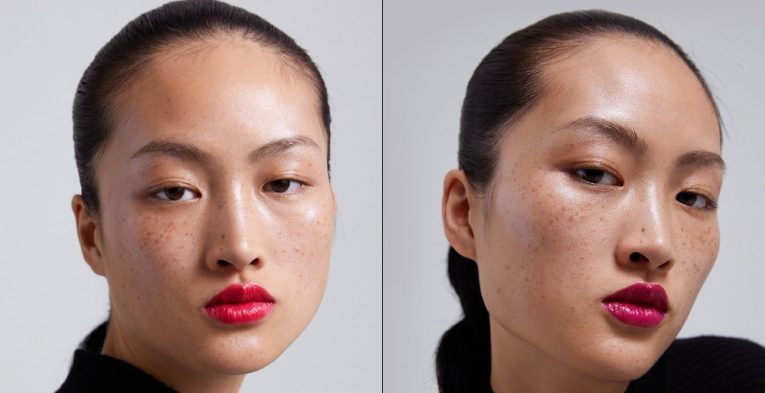 Navigating the minefield of Chinese cultural preferences and biases is perhaps the greatest challenge for western brands. Even when brands take careful measures to avoid cultural appropriation and stereotyping – something Dolce & Gabbana fell foul of last year, with ads showing a Chinese model struggling to eat European delicacies with chopsticks – they can still offend.

Zara recently found itself at the centre of a debate on representation in Chinese media, after model Jing Wen featured in a cosmetics campaign for the European retailer sporting visible, unretouched freckles. In contrast to the west, where excessive Photoshopping is now a big faux-pas, commentators in China argued the images didn’t respect Asian beauty ideals, which celebrate fair, flawless skin, and that they imposed western beauty standards.

This prompts questions about what foreign brands have ‘permission’ to do in China. Model Chen Yu summarised this in the Business of Fashion: “When global brands go to China, some of them make a good impression because they take their time to learn about Chinese consumers and what they think. They don’t just project their thoughts on what the market should know.”

China has a complicated relationship with cultural representation in the media. Most Chinese models, both on the international and domestic stage, are from the dominant Han ethnic group, with faces from other regions of this huge country gaining little visibility.

Paradoxically though, even Han Chinese can be perceived as a poor alternative to western faces when it comes to fashion campaigns: Europe is associated with heritage and quality, and so models from this region impart a veneer of prestige on brands. Employing European-looking models is something even domestic retailers are doing.

As a result, western luxury brands may be safer sticking to international faces for Chinese campaigns – alongside KOLs – and certainly not pushing the envelope. That is a fight for domestic brands.

China remains a strong market for the luxury sector. The continued expansion of the country’s middle class – set to represent 65% of all Chinese households by 2027, according to Bain – suggests that there will be a place for premium brands for some time yet.

But western luxury brands will need to work harder to understand the subtleties of the market. That means adapting products for the local audience, as well as ensuring consistent distribution and supply of trend-led, innovative products that appeal to Chinese Millennials.

Improving the customer journey that funnels consumers to these products in the first place is also essential. Almost half of luxury purchases in China could be made domestically by 2025, so brands should ensure their omnichannel ecommerce strategy (including a brand.com webstore, social commerce and partnerships with digital marketplaces like JD.com) is ready to go.

Marketing to China can be tricky. However, done strategically and sensitively, it can reap dividends for brands.