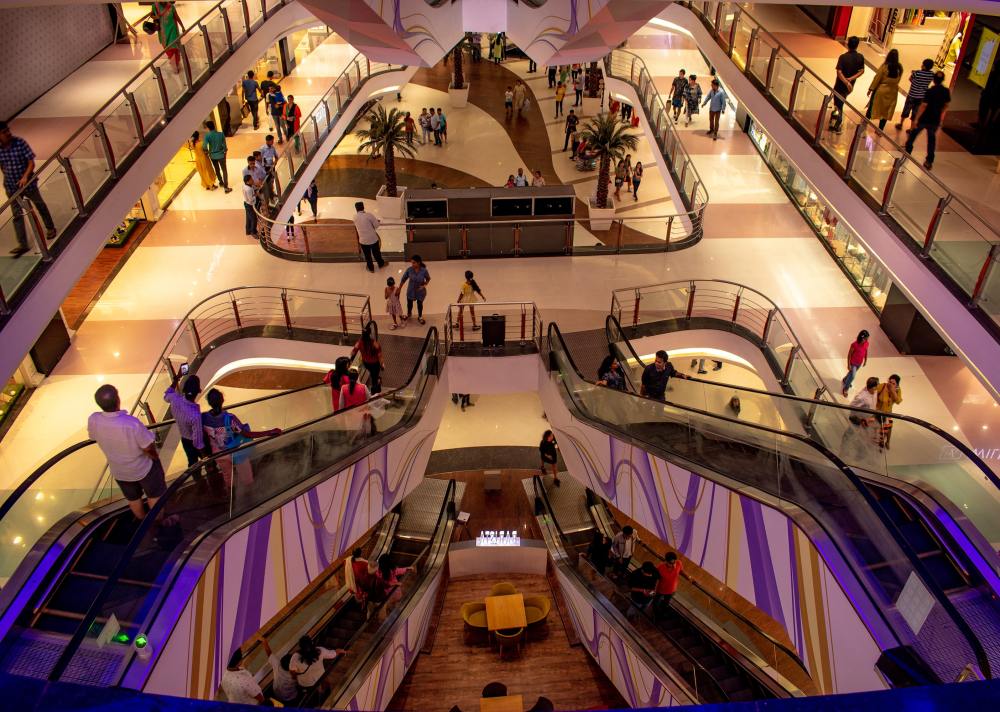 As 2019 draws to a close, fashion brands are thinking about where their customers will come from in the coming year. Sometimes, quite literally: China has been the industry’s cash cow for some time, with conglomerates like LVMH – whose takeover bid for Tiffany & Co is partly motivated by the pursuit of Chinese cash – making investments in this area.

But there’s a market that could offer even greater growth. With an economy forecast to swell 8% per year between 2018 and 2022, India is attracting interest from international brands. The country’s apparel market will be the sixth largest in the world by 2022, according to McKinsey data, valued at only slightly less ($59.3bn) than the comparable UK market for these goods ($65bn).

Vitally for brands in the premium segment, India is home to an increasingly affluent population. The Indian middle class will grow by 19% annually over the next three years, outpacing Mexico, Brazil and even China.

However, while it’s tempting to replicate the marketing tactics used in other Asian markets, retailers shouldn’t be complacent about these proving successful in India. D. Shivakumar, a corporate strategy executive at the Aditya Birla Group, spelled this out at the ISA CEO conference in Mumbai earlier this year: “[India] will not mimic a China, or an America or a Germany. India will be a richer, younger, more educated and a more connected country.”

So, what are the opportunities for fashion brands seeking to engage with Indian consumers?

Indians have an appetite for luxury fashion, as evidenced by the proliferation of high-end outlets like Le Mill in Mumbai and Ahmedabad’s The White Crow. A recent rise in the tax-free income threshold is also expected to boost the bottom line for these stores, giving middle class shoppers more money to spend on investment pieces.

And spending this money is becoming easier. India’s retail infrastructure has improved enormously over the past decade, with the number of shopping malls jumping from nine in 2002 to 308 in 2017, according to real estate consultancy JLL.

A geographically and culturally diverse country, consumer preferences vary by city and region; more generally though, at least a quarter of middle-class Indians – those with incomes in the top 25% of earners – want brands to improve their image or reputation, over-indexing by 28 percentage points against the equivalent audience globally. This can only be beneficial for prestige western brands.

Indeed, these consumers take a strong interest in global luxury brands on social media. Looking at data from Audiense on the most popular branded fashion accounts among middle class Indians, the luxury segment represents seven of the top 10 retailers: Burberry, Dior, LV and Chanel make up the top four, followed by Nike and Victoria’s Secret ahead of another clutch of premium names.

However, when it comes to sales, affordable luxury is a winning combination. Tommy Hilfiger was the most purchased brand overall among these consumers, with more than a quarter – a significant 162 percentage points above the global average – buying an item during the past year. More accessible luxury like Calvin Klein (21%) and Lacoste (12%) also featured in the top ten, with middle-class Indians again more likely to buy from these than their counterparts abroad.

McKinsey’s FashionScope report also predicts a bright future for mid-market fashion in emerging markets like India. By 2025, over half of women’s apparel sales in this segment will come from emerging markets, compared to just 28% across the luxury segment.

As a result, there is a strong case for retailers offering quality at a lower price point – particularly those focused on apparel – to consider India.

India is the world’s second largest market for fine jewellery, overtaking the US in 2018. Unsurprisingly, these products are frequently at the top of shopping lists: over a third of middle-class Indians plan to purchase jewellery in the next 3-6 months.

A number of western brands are responding to this need. Among these, Danish brand Pandora entered the market at the beginning of 2018, while Tiffany & Co announced its plans to open stores in Mumbai and Delhi, as part of a partnership with Reliance Brands, in August.

One driver of jewellery’s popularity in the region – and something incoming international players should consider – is the $53.7bn Indian wedding industry. These big, decadent affairs, which typically run over three days, are money-spinners for many sectors, from travel and hospitality, to music and beauty.

However, with traditional Indian jewellery the preference for most brides at the ceremony itself, gifting may offer the best opportunity for international brands. It isn’t unheard of, for example, for members of the wedding procession to each receive a Rolex watch.

Millennial couples getting hitched are also mixing up Indian and western fashions, giving western brands opportunities to provide apparel and accessories for at least some of the festivities. For example, Reliance Group heiress Isha Ambani wore pieces by Valentino and Giambattista Valli to pre-wedding events and reception parties, while donning an intricate traditional gown on the big day itself.

India is home to Bollywood, the world’s largest film industry, and so it is no surprise that middle class Indians visit the cinema much more frequently than their counterparts in the rest of the world. 58% see a film at least once a fortnight, comparing to the international average of 39%.

As such, cinema advertising (21% discover new brands through this medium) and product placement (30%) remain strong options for reaching affluent consumers in India.

The celebrity culture surrounding the industry is also influential, with a fifth first encountering a brand or product after seeing it endorsed by a celebrity. Actors are the top personalities middle class Indians follow on social media (39% do this), slightly ahead of sportspeople, and are thus the most obvious choice for this sort of partnership.

However, working with highly paid Bollywood stars doesn’t come cheap. Deepika Padukone tops the ranking of actors most followed by middle class Indians, but in 2016 was revealed to be India’s most expensive brand ambassador.

Padukone is also one of just two Indian celebrities to boast a brand value in excess of $100m, according to a report by Duff & Phelps on the country’s most valuable celebrity brands, underlining her reach and huge popularity with audiences. For example, on Instagram – used by 70% of middle-class Indians, and the most popular platform to engage with celebrities – she has attracted 40.2m keen followers.

India is fertile territory for international fashion brands seeking out new audiences, but there are considerations they should make when entering the market.

Most importantly for fashion retailers, traditional clothing is still the default choice for women, accounting for 70% of all women’s apparel sales in 2017. Though western styles are gaining some momentum – accounting for a projected additional 5% market share by 2023 – they are not likely to overtake saris and shalwar kameez any time soon.

Another issue is cultural and geographical fragmentation. A country made up of six different climatic regions makes catering for seasonality complex, with the seasons in parts of India also beginning and ending at different times. So too does the impact of diverse ethnic groups with varying preferences on how they like to dress.

Yet despite these challenges, the opportunity for fashion brands in India remains a strong one, and a no-brainer in turbulent times for the industry elsewhere.